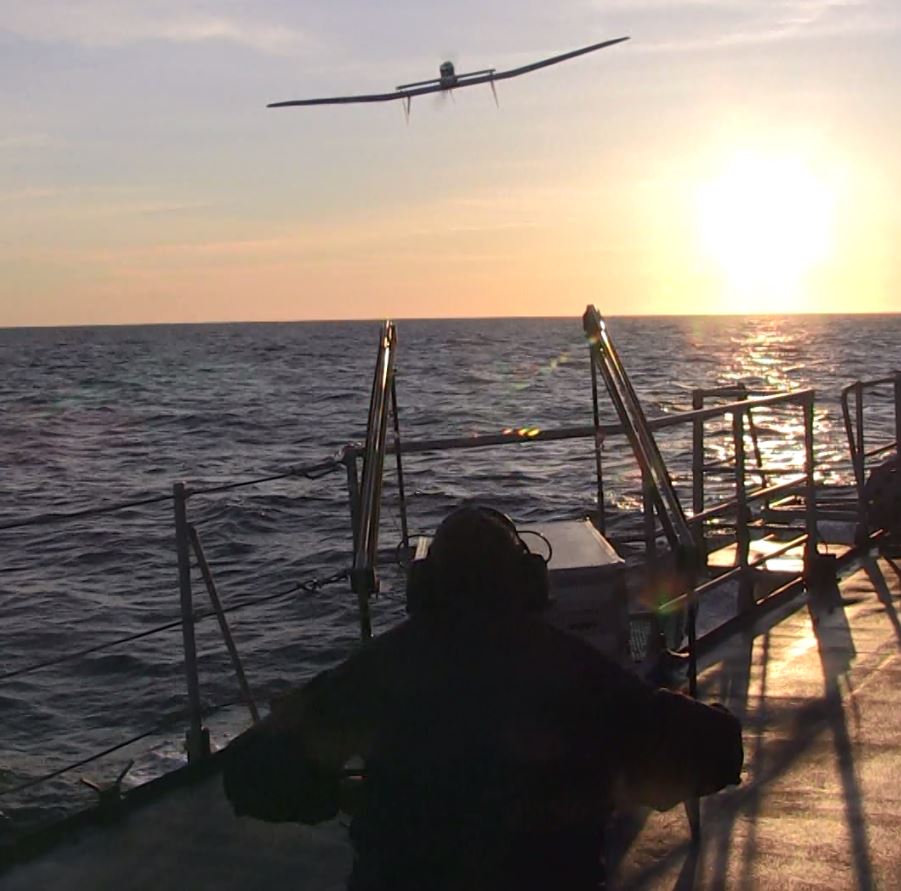 The Aliaca maritime UAS is a high endurance versatile system allowing up to three hours missions over a 50 km (27 Nm) range, perfectly adapted to maritime missions with high gyro stabilised EO/IR payload performances and qualified to operate in severe environmental conditions. Launched by catapult, the Aliaca maritime UAS concludes its flight by landing automatically using a dedicated net landing solution. With a length of 2.2m and a wingspan of 3.6m for a maximum take-off weight of 16 kg, the Aliaca maritime UAS benefits from a powerful yet silent electric motor. The system can be deployed easily and rapidly in less than 15 minutes by two operators only.

Similarly, the “user-friendly” ground control station enables the operator to constantly monitor the automatic flight of the UAS while receiving in real-time day and night images and AIS (Automatic Identification System) data gathered by its on-board sensors. It is designed to conduct several types of missions around the ships, including increasing the understanding of the tactical situation, control of illegal operations at sea, search-and-rescue, traffic monitoring, pollution detection, tracking of any suspicious behaviour in the ship environment and coastal surveillance.

This light on-board aerial solution gives the opportunity to vessels, traditionally not equipped with aerial assets, to enhance their tactical ISR capabilities, support decision making and reactivity in operations. The Aliaca maritime UAS can easily be integrated on board any ships, with or without helicopter landing-deck, and its small logistic footprint enables operations and storage on board smaller sized ships. Its integration does not require heavy on-board modification nor storage of specific fuel.